Links to Rob Jack's work as an artist

Rob began playing bass as a teenager influenced by pioneers such as Stanley Clarke, Jaco Pastorious, Tony Levin, Pino Palladino, Donald "Duck" Dunn and James Jamerson. He has played with numerous projects in and around New York and is currently the bass player with Decade of Soul, He has appeared regularly for ten years at B.B. Kings on 42nd St. NYC. He also plays with Soapbox Messiah, The Aretha Franklin Tribute "The Atlantic Years" and Spirit of the 70's

In addition Rob has 15 years of experience in the music retail field and has designed instruments with G&L, Samson technologies and Tom Clement basses. 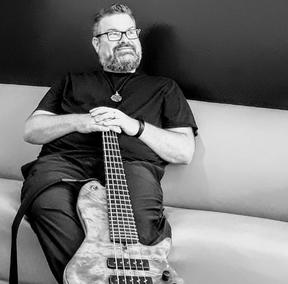